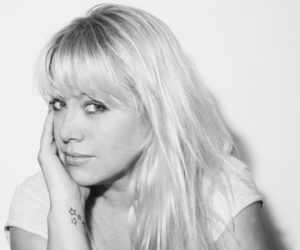 Emma has been working in the fashion and film industry for over 20 years and her work has appeared in numerous publications including; Vogue; British, US and Russian, Vanity Fair, Harpers Bazaar, Hollywood Reporter, Dazed and Confused, Elle, Men’s Health, InStyle, Stylist, Wonderland, 1883, and The Times Style magazine.

Her clients for film/TV and shows feature: Lionsgate, Universal, HBO, Studio Canale, FOX, EOne, Warner Bros, Netflix and is proud to have been a part of the BAFTA winning make up team for Strictly Come Dancing. Recently Emma has been working on commercials with Nicolas Winding Refn and also advertising with Ewan McGregor, filming various shows with Edith Bowman, working for the eighteenth consecutive year on the MTV EMA’s and has been Brand Ambassador for Nivea UK. She is also Beauty Editor for Schon! Magazine and is a Reiki practitioner.

Emma currently lives in London, UK and is represented internationally by The Wall Group.